Okay. Got clarification about IngramSpark code usage via the IBPA.

Per IBPA the actual policy is: “no more than five (5) uses p/month, with an annual maximum of 50 uses per IngramSpark account based on the anniversary date. The five uses include a combination of uses for both title set-ups and revisions.”

I’m SOL for a while because I didn’t have that language before.

I was a member of both IBPA and ALLi to have code access and was using my five codes from each every month and thought that was allowed. This new language makes it clear that IngramSpark had another restriction in the background.

So. If you are going to use IngramSpark for your books plan on only having 50 updates or revisions per year. That means, for example, that you do not want to keep your also by updated for each new release for a long series in multiple formats like I was doing. (30 code uses right there for my latest release.)

I mean, granted, you could still pay $25 to do so, but at that point I think the value of having up-to-date also by content is outweighed by the cost.

Had I known about the full policy I would’ve, for example, only updated the also by section of my first book when I published the last one. And maybe not even that, because that’s still six code uses across formats for each release.

I thought I’d give a quick update on using IngramSpark. I haven’t been paid yet (and I don’t think I will be the first time until September which is kind of crazy), so until that happens I can’t declare myself fully satisfied, but so far I’m pleased.

One of the nice perks that came with using IngramSpark as opposed to KDP Print is that I had some additional format options.

For example, I published the omnibus edition of Rider’s Revenge last year in ebook and was disappointed to find out at the time that I couldn’t do so in print because all three novels combined with the front and back matter adds up to about 1,122 pages.

Unfortunately, KDP Print maxes out at 828 pages for the size and paper I was using so a print version wasn’t an option. But IngramSpark will go up to 1,200 pages so I decided to go ahead and put out the trilogy in print as well.

It’s not as cheap as a trade publisher could do. That book you see in that photo is $29.95. But at least there’s now a print version for that series that’s more comparable to the print pricing for YA books published by traditional publishers.

It’s also fun to have on my shelf.

The other print format I’m pleased to have access to is hard cover. I’ve now put all of the Excel, Word, and PowerPoint Essentials titles out in a hard cover format in addition to their paperback format. (They’re slowly making their way to all the platforms. They look to have made it to Barnes & Noble at this point but not yet to Amazon.)

I have to say that I think I really prefer the hard cover versions for those particular books. They feel more substantial in hard cover than in paperback. It’s the exact same material, but there’s a definite perception difference between the two.

They aren’t flawless. There’s a little bending on the corners of some of the proof copies I received and I’m not 100% happy with the spine text placement with the skinnier ones. But overall, I’m pretty darned happy. And for a POD option, I have to say it’s not bad. Not bad at all.

I don’t expect to use hard cover for my other non-fiction that either are too skinny for it to make sense or that are in a size where I don’t think it works as well.

And I haven’t yet tried the non-case laminate hard cover option, which is what I’d want to use for fiction. (At this point I think doing so would just be a vanity project.)

But overall I’m excited by the additional formatting options and how they’ve turned out.

(I still don’t think the expense of going with IngramSpark is justified for someone just starting out unless they have access to free ISBNs through their country of residence, but it’s definitely something to consider when you have enough books to bring down the per-unit ISBN costs.) 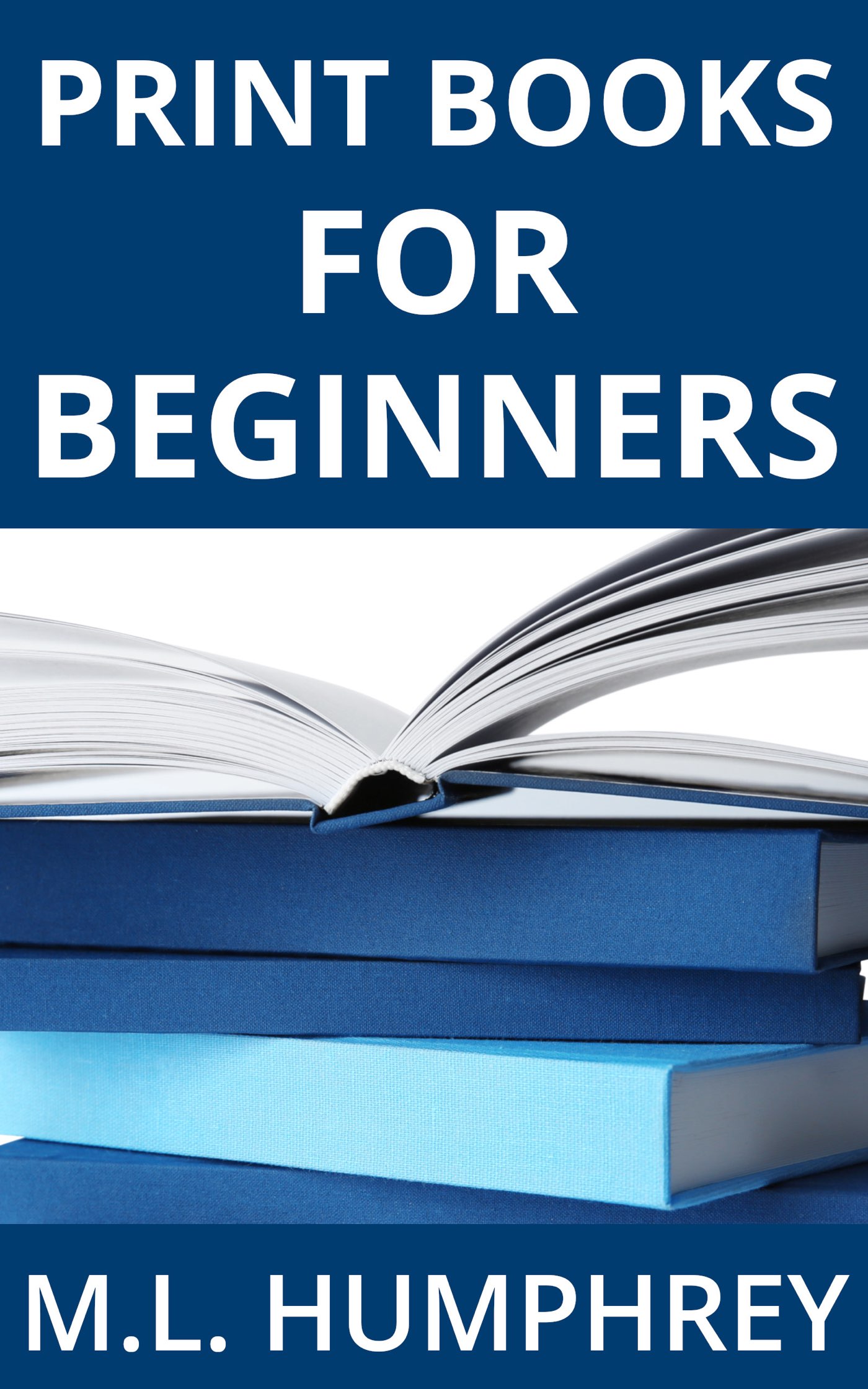 Obviously I couldn’t keep publishing a book called CreateSpace for Beginners now that CreateSpace is going away and being replaced by KDP Print. And I figured that it no longer made sense to focus on just one print distributor exclusively, especially since about 2/3 of that book related to formatting and not to one specific distributor.

So CreateSpace for Beginners is now Print Books for Beginners and is live or will be live everywhere except Google within the next few days. (I don’t publish my non-fiction to Google because of their habit of basically letting a clever person read your entire book for free.)

If you already had CreateSpace for Beginners no need to buy this one.

I did publish the print version of the book through KDP Print and didn’t have issues during the approval process although I know others have. I used the KDP Print interior and cover templates, which probably helped. They look about the same as the CreateSpace versions with the exception of the file name on the interior files. It is nice that the titles will be linked more easily since I always had to email to get my author names that used initials to link. But I’m still bitter about the extra 30 days until payment on print sales.

Once the changes to AMS settle down you can expect a new book there as well. But I’m not pulling the old one because it’s still at least 90% accurate at this point. Although note that AMS is no longer AMS it’s now Amazon Advertising and the website addresses have changed to reflect that. If you access AMS through your KDP dashboard you won’t even notice that change.

That’s self-publishing for you. You never know what will change, but you can be guaranteed something will.